The following are people have inducted as Friends and Honourary Members of the Hoth Base.

Mary is Event Director for ReedPOP, focusing on the international Comic Con portfolio, as well as Star Wars Celebration. She moved back to winter after 14 years at Lucasfilm in San Francisco, where she developed and produced Star Wars Celebrations and headed up Fan Relations. 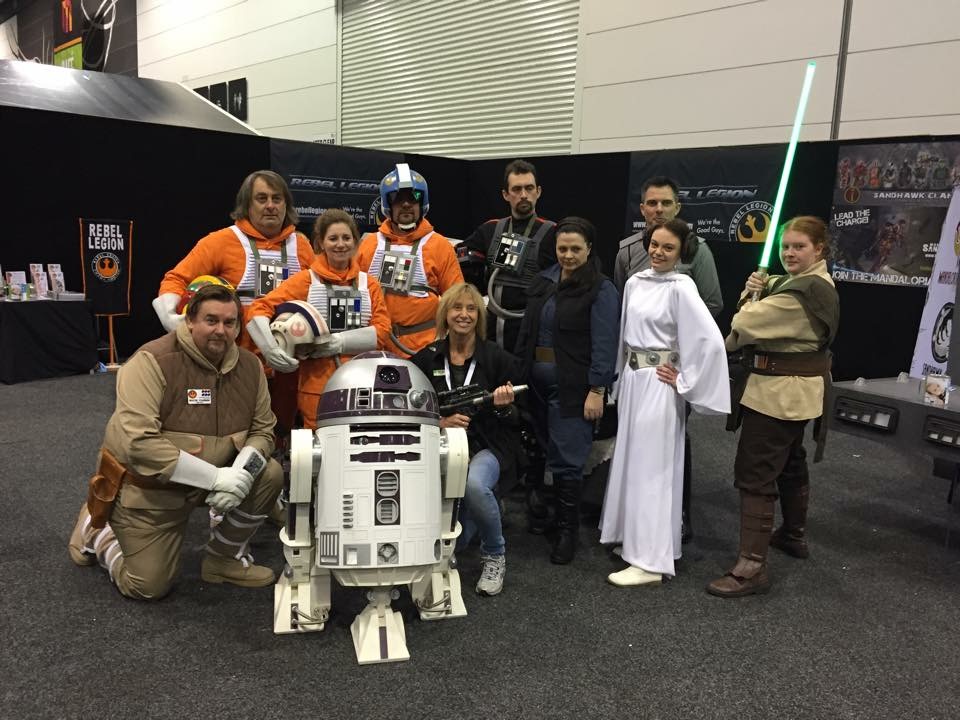 In 1997, Albin Johnson created the 501st Legion, an Internet-based group for Star Wars costumers describing itself as Darth Vader’s elite Imperial unit, “Vader’s Fist.” In 17 years, Albin helped grow the group to over 10,000 members worldwide in over 48 countries, and spawned the creation of the Rebel Legion where costumers of the Good Guys came together and then the Galactic academy designed to give the under 18’s a safe place to show their love of Star Wars. 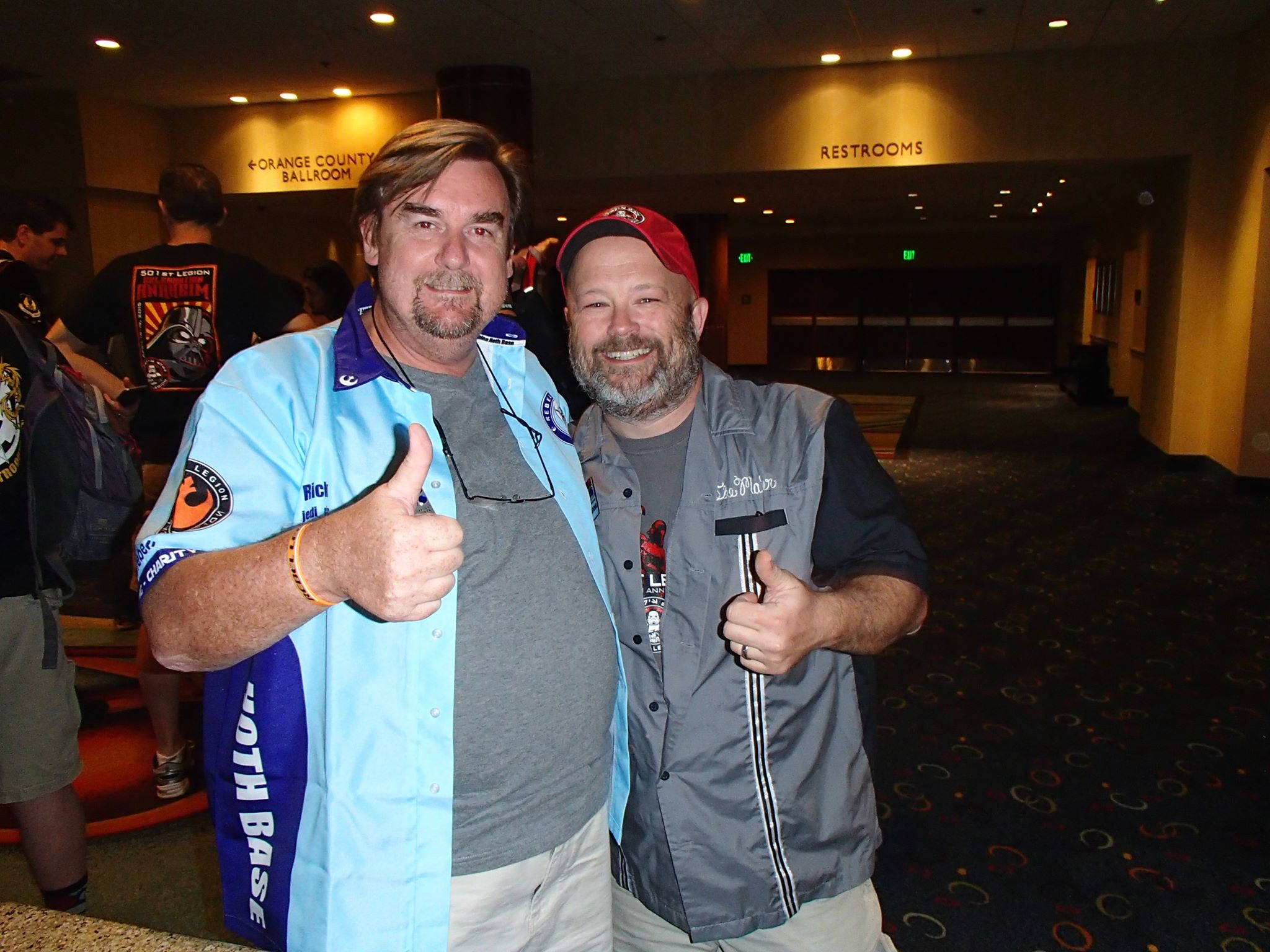 Peter Mayhew, an English hospital worker who inadvertently found himself catapulted into films, was the towering gentle giant responsible for bringing Chewbacca to life. Mayhew, who stands 7’3″, and When writer/director George Lucas began searching for a tall actor who could accurately portray Chewbacca, he initially turned to David Prowse. The bodybuilder opted for the part of the sinister Darth Vader, leaving Lucas free to seek out Mayhew for the role of the Wookiee.

The decision to cast Mayhew as Chewbacca proved wise. The giant actor threw himself into the role with great determination. Shortly before filming began on Star Wars, Mayhew visited a zoo where he studied the movement of bears, monkeys, gorillas and other animals with traits reminiscent of a Wookiee. Once inside the costume, Mayhew created one of the trilogy’s most memorable and popular characters. Although Chewie’s vocalizations were later dubbed into the film in post-production, to cue his fellow actors Mayhew simulated the character’s dialogue from within the mask. On set, he was known to growl, grunt and shriek. 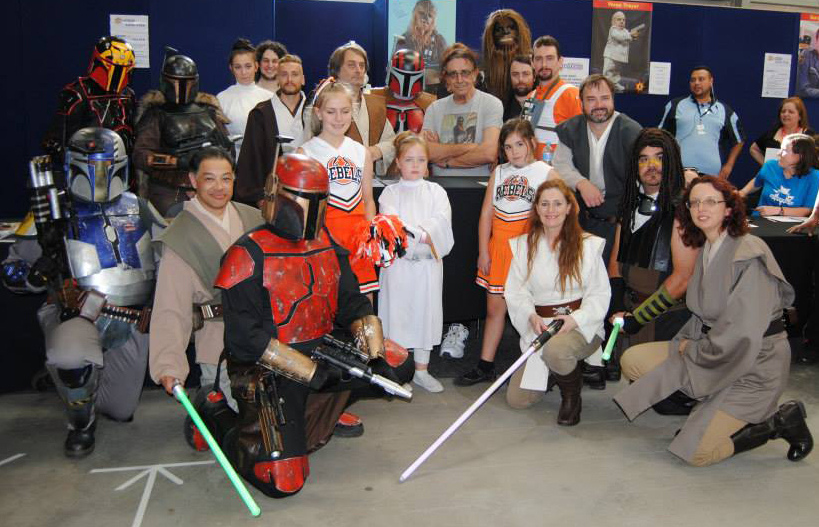 Lance is the Senior Global Vice President of ReedPOP which means he’s the boss, the person of ultimate responsibility for ReedPOP around the world – and yes, that’s a little scary. He created the ReedPOP brand in 2009 with the help of the amazing team he works with. 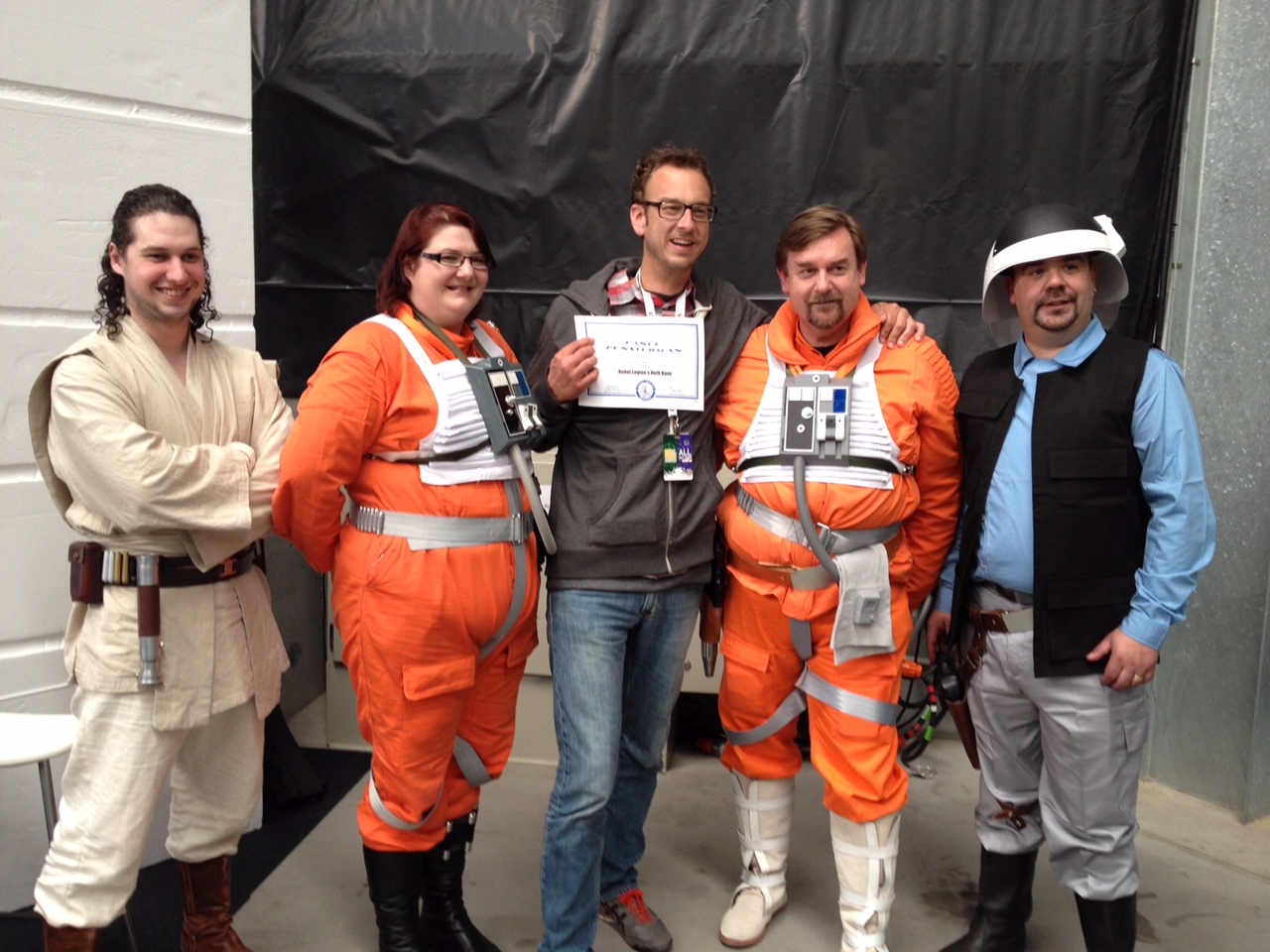 Stewart is one of Australia’s most prolifically published comic book artists, working for major publishers both within Australia and overseas, including Dark Horse, Marvel and DC. 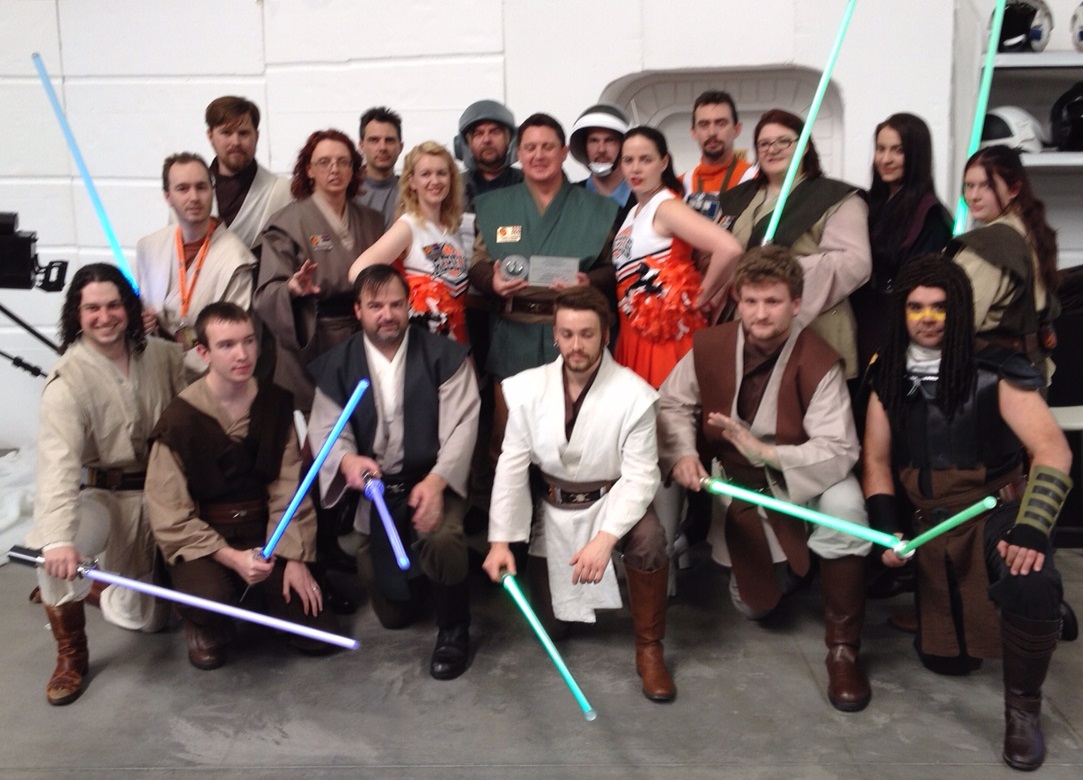 Stewart not only is an Honorary Member but has his own Jedi costume as well. 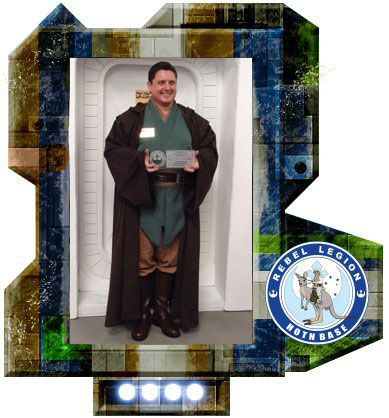 Park began working in films as a stunt double for the film Mortal Kombat: Annihilation, doing the stunts for both Robin Shou and James Remar. Park also did some cameos as monsters, including Baraka. All of these were non-speaking roles.

In 1999, Park appeared in Star Wars Episode I: The Phantom Menace, as the Sith Lord Darth Maul. While the character had few lines, Park’s voice was dubbed over with that of actor Peter Serafinowicz. From his work on Star Wars, Park was cast in a cameo role in Fanboys as a Skywalker Ranch security guard who says, “Time for you to get mauled, boy,” as he pulls out two nightsticks. 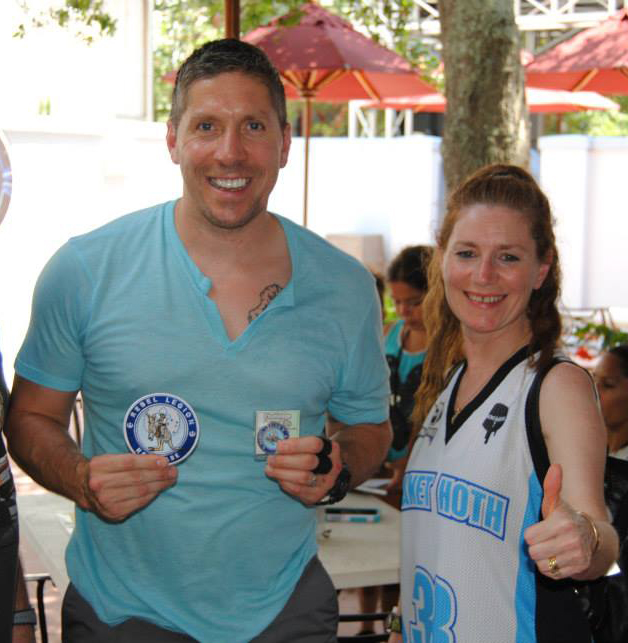 Taylor is well known for his many Star Wars comics and graphic novels for Dark Horse Comics. These include, Star Wars: Blood Ties with artist Chris Scalf, and Star Wars: Invasion, with illustrator Colin Wilson. April 2012 saw the start of Taylor and Scalf’s new Blood Ties series provocatively titled Boba Fett is Dead as reported by CNN. Taylor is also the writer of the Darth Maul: Death Sentence miniseries, which is set immediately after the end of the fourth Clone Wars television series.

Colin is know for both his interior and cover art on many Star Wars comics and graphic novels for Dark Horse Comics. These include Star Wars: Legacy, Star Wars: Rebellion and Star Wars: Invasion. 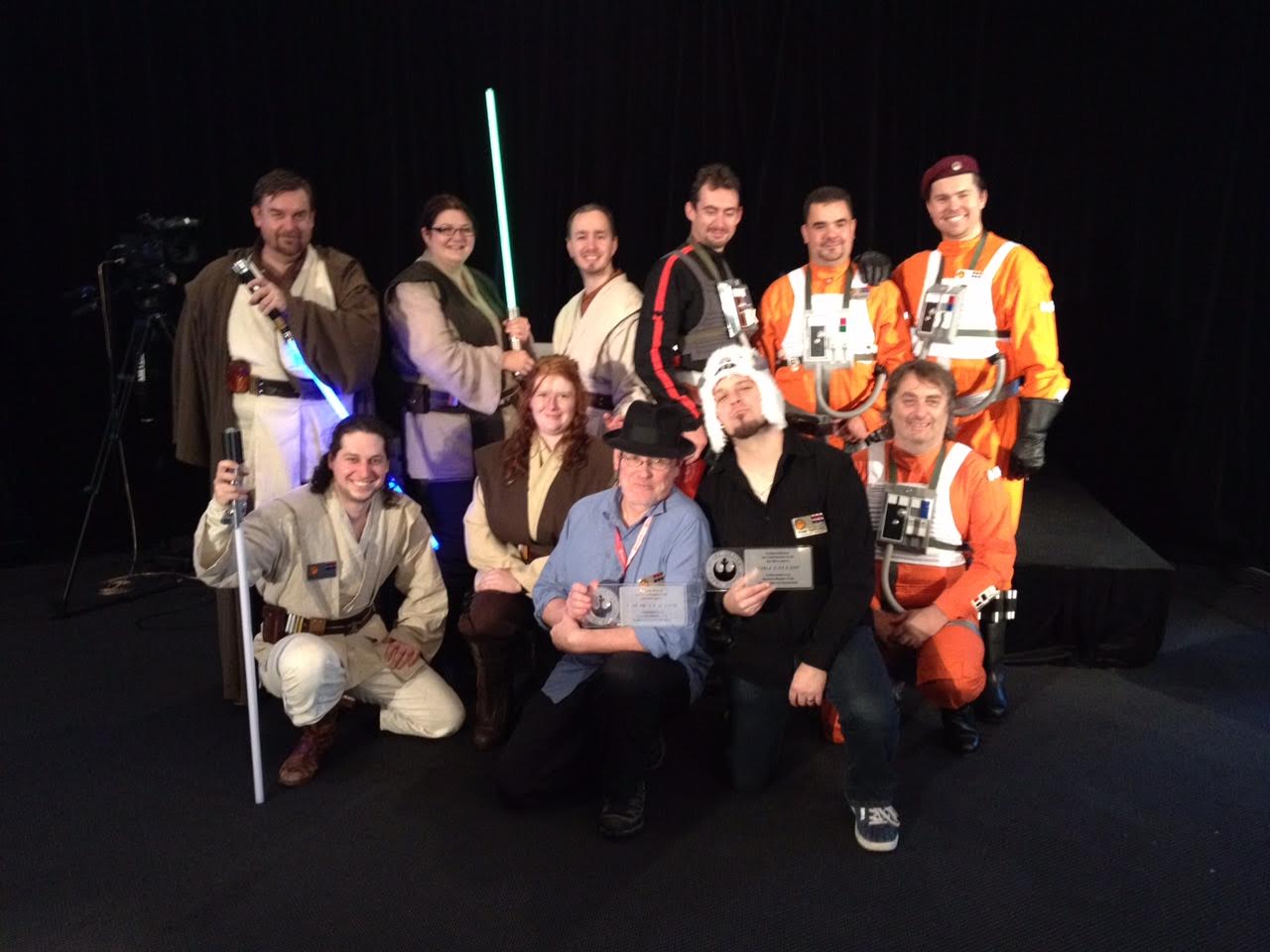 Tom not only is an Honorary Member but has his own X-Wing Pilot costume as well, with his helmet designs modeled after his own creation The Deep. 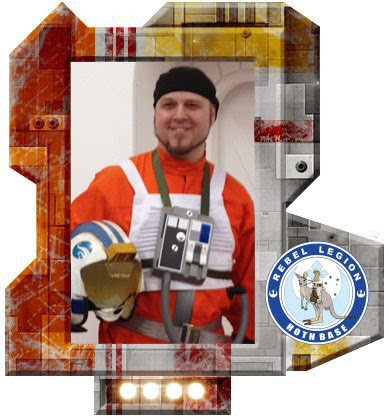